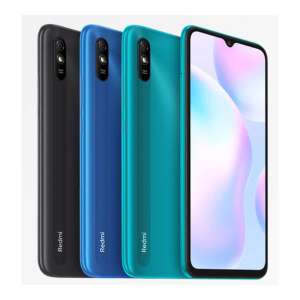 The Redmi 9A is a very well balanced choice for anyone looking for best phones under Rs. 7,000. With a large screen and massive 5000 mAh battery, this phone offers impressive battery life. Packing an octacore processor with peak speeds of 2GHz also ensures this phone won't slow down during basic tasks. If budget permits, we suggest you go for the 3 or 4GB RAM variant of the Redmi 9A

Realme C20 is one of the most affordable smartphones available under Rs 7,000 in India. The Realme C20 features a 6.5-inch HD+ (1600x720 pixels) resolution display with a waterdrop notch for the selfie camera. The screen is topped with a layer of Gorilla Glass 3 for added protection. The Realme C20 is powered by the MediaTek Helio G35 processor and has 2GB RAM and 32GB storage. It has an 8MP camera on the back with f/2.0 aperture and a 5MP selfie camera on the front. Realme C20 is equipped with a 5,000mAh battery that supports reverse charging as well.

Realme C11 (2021) is an entry-level budget phone that features a 6.52-inch HD+ (1600x720 pixels) resolution display with a waterdrop notch cutout. The phone is powered by the Unisoc chipset with 2GB RAM and 32GB storage. There is a microSD card slot for storage expansion as well. There is an 8MP rear camera and a 5MP selfie camera upfront. The phone supports WiFi, Bluetooth 4.2 and is equipped with a 5,000mAh battery that also supports reverse charging.

The Nokia C3 has a 5.99-inch HD+ display and is available in two colour options - Nordic Blue and Sand. The phone has 16GB storage but users can expand the storage to 128GB via a microSD card. The smartphone comes with an FM radio and also supports the endangered 3.5mm headphones jack. In addition to Wi-Fi and Bluetooth, it also supports 4G. It has a 3040mAh battery and comes with an octa-core CPU clocked at 1.6GHz.

The Micromax In 1b is priced starting at Rs 6,999 for the base variant with 2GB RAM and 32GB storage. The In 1b is powered by the MediaTek Helio G35 processor with an octa-core CPU. The phone supports storage expansion by using microSD cards of up to 128GB. The phone runs on Android 10 (Go Edition). It sports a dual-camera setup on the back that consists of a primary 13MP camera and a 2MP depth sensor. On the front, there is an 8MP selfie camera housed within the notch cutout. There is a fingerprint reader on the back and the phone is equipped with a 5,000mAh battery.

Boasting of a 6-inch HD+ display, the Lava BeU has a waterdrop display housing an 8MP selfie camera. The rear of the smartphone has a 13+2MP dual camera setup. Under the hood, the smartphone has a 1.6GHz octa-core processor coupled with 2GB RAM and 32GB Storage. The smartphone also brings with it the ability to send distress notification to up to 10 emergency contacts. It has a discrete distress trigger and audio recording option.

Crossing the 7K barrier by Rs 500 we have the Realme C11. The smartphone boasts of a massive 5000mAh battery which claims to have 40 days standby time. The device has a 6.5-inch display with an 88.7 screen to body ratio. The AI-enabled dual-camera at the back has a 13MP=2MP setup and can also shoot video in slow motion. It also has a Nightscape Mode to click photos in low light. The device also supports face unlock. Under the hood, the device is powered by the MediaTek Helio G35 SoC. The SoC is capable enough to play graphically heavy games from the Play Store. The Realme C11 is available in Rich Green and Rich Grey colour options. It is a dual-SIM smartphone with a dedicated microSD card slot.

Running on the Android 10 Go Edition, the Infinix Smart 4 is a good choice for absolute budget buyers. The key highlight points of the device is the large display and the massive 6000 mAh battery, both of which make the Infinix 4 a good budget choice for long hours of watching video on the smartphone. The phone comes with 2GB of RAM and 32GB of storage which can be expanded further via a MicroSD card.

The Nokia 2.3 is a certified Android One smartphone that offers the goodness of stock Android for pure Android fans. You also get good build quality and classy design, that Nokia is known for. The display is not too large and hence will appeal to buyers looking for a reasonably compact budget smartphone in the Rs, 7,000 - Rs. 8,000 segment. You also get a dual rear camera setup on the Nokia 2.3, which allows for shots with background separation.

About Me: Siddharth reports on gadgets, technology and you will occasionally find him testing the latest smartphones at Digit. However, his love affair with tech and futurism extends way beyond, at the intersection of technology and culture. Read More about Siddharth Chauhan